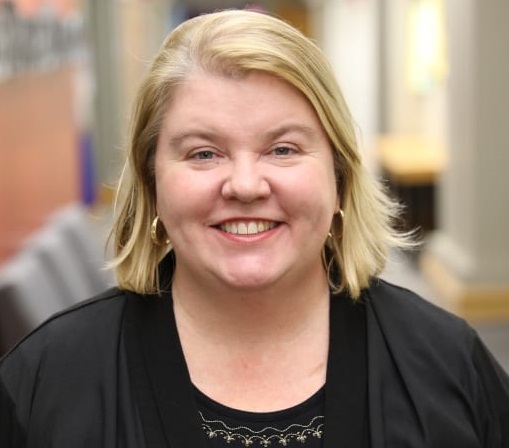 Veronica Stoltz, the Eden Prairie School Board member at the center of a controversial board meeting last summer, has submitted her letter of resignation effective May 24.

In her resignation letter dated April 7, Stoltz says that she and her husband have accepted employment outside of Minnesota and will be relocating their family this summer. The board will consider the resignation at its April 26 live Zoom meeting, which begins at 6 pm.

“It has been a great privilege to serve as a School Board Director for one of the finest school districts in the state of Minnesota,” she wrote in her letter addressed to Superintendent Josh Swanson and her fellow school board members.

In December 2020, Stoltz formally apologized for her role in an incident following the board’s August 24, 2020 meeting, at which she was determined to have violated several school board policies.

At the start of the Aug. 24 meeting at the Eden Prairie High School Performing Arts Center, Stoltz attempted to change the meeting agenda to allow a discussion of the safety and security of students and staff due to the COVID-19 pandemic. The district reportedly had received 140 emails expressing concerns about preparations being made for the beginning of school. Her motions to add the item to the agenda failed for lack of a second.

During the break between the regular meeting and a workshop meeting, Stoltz engaged in conversation with community members in the audience, many of them school staff members, which she videotaped on her personal phone.

At a Nov. 9 workshop meeting, the board discussed the incident and identified violations of five policies, including conflict of interest. She was accused of “causing division” among members of the Board and failing to “demonstrate loyalty to the owners, not conflicted by loyalties to staff, other organizations, or any personal interests as consumers.”

In addition to the letter of apology, Stoltz was removed from a board committee post and required to re-take school board member training.

Stoltz was elected to the Board in November of 2019 and her term was scheduled to end in Jan. 2023.

Editor’s Note: This is a developing story.