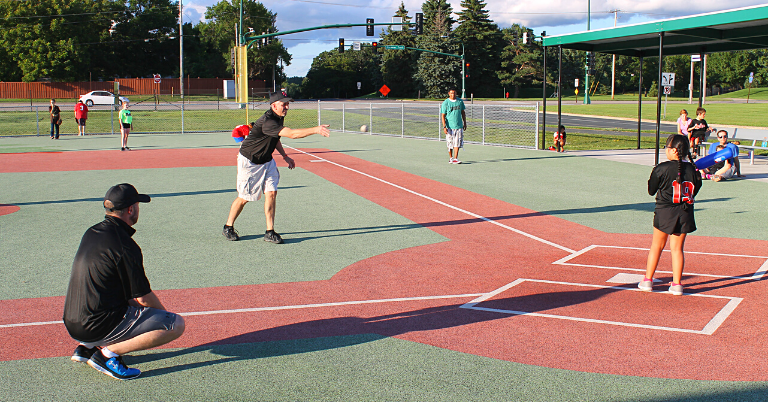 Eden Prairie may no longer be the fast-growing suburb it was in the 1980s and ‘90s, but even with slower growth there are adjustments to make.

One is adjusting to the ebb and flow of sports participation and its impact on facilities built and maintained by the City of Eden Prairie. A new report gives some insight on changes that are ahead.

For example, some racket and paddle sports like pickleball and badminton are on the rise and may need more courts, according to the report provided April 6 to the Eden Prairie City Council.

To that end, the city is looking at the idea of converting some courts and nearby space at Miller Park to create a permanent, indoor facility to host tennis and pickleball. It’s just a concept at this point, but the project is in the city’s capital improvement program and, if approved, could be offered for construction bids in 2023.

Another example: With three indoor ice rinks and a slight decline in youth-hockey participation – growth on the girls’ side but a drop on the boys’ side – the city may someday have a portable court it could put down when a rink is temporarily stripped of ice.

“As we think about going forward, not all of [the changes]need to be large capital improvement changes,” Parks Director Jay Lotthammer told the council.

Sometimes, he added, the city Parks and Recreation Department changes policies, procedures and even facilities – restriping tennis courts for pickleball use, for example – to “incubate” a new sport and allow time for growth.

The paddle sport of pickleball is an obvious example, with tennis courts restriped for pickleball use now giving way to dedicated courts, because local participation has grown by several hundred persons in just a few years.

On a smaller scale, the sport of cricket is also emerging in Eden Prairie, in part because Eden Prairie has a growing number of residents who are from South Asia, including India and Pakistan.

A number of sports are seeing a leveling off or slight decline in local participation, according to Recreation Specialist Doug Tucker, who presented the report, including youth baseball, softball, and football. Others are growing, including boys’ volleyball, which he thinks may become a sanctioned high school sport.

A number of other sports are changing and adapting. Youth football, which has seen growing concern about concussions, is seeing some success with no-tackle versions.

Often, the trends are local only.

“You might hear on the 6 o’clock news that a certain sport is just blossoming, in some area,” said Lotthammer. “That might not be the case here.”

City officials say they’re confident about the trends because they work closely with youth sports associations, adult leagues, and Eden Prairie High School, among others. And, they like that there’s a variety of sports from which to choose.

So, look for facility changes both small and large over time. “We do look to use this [report]going forward,” Lotthammer said.

(Mark Weber, a volunteer writer for EPLN, is executive director of the Eden Prairie Community Foundation. Jay Lotthammer is a member of its board of directors.)