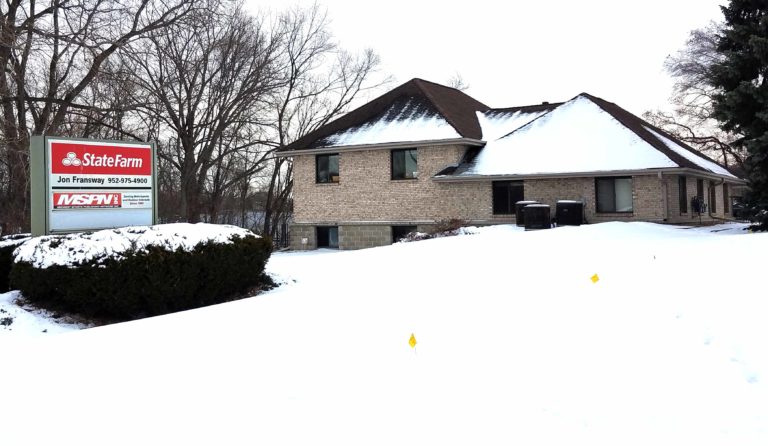 A State Farm Insurance building along Highway 5 would be replaced with a small Starbucks coffee shop, according to a redevelopment plan given preliminary city approval Jan. 5.

Coffee-to-go fans may soon have another option near the intersection of Hwy. 5 and County Rd. 4 in Eden Prairie.

Starbucks Coffee Company has proposed to replace an existing office building along Hwy. 5 with a prototype coffee shop that has no indoor seating.

The redevelopment plan for 16315 Terry Pine Dr. – a small lot east of the closed Burger King restaurant at the Hwy. 5-County Rd. 4 intersection – was given preliminary approval Jan. 5 by the Eden Prairie City Council.

The existing building houses State Farm Insurance, but Starbucks would demolish it and build a new, 950-square-foot, corporate-owned coffee shop that relies mostly on drive-through traffic, according to the Java Companies plan. Access would be behind the building, from Terry Pine Drive and through the Burger King parking lot via an easement.

This Starbucks prototype has no indoor seating but the plan does include a small, outdoor patio, walk-up window, and bike rack for patrons who aren’t using the drive-through lane. There would be 13 parking stalls, most of which would be used by employees.

The coffee shop could accommodate up to 12 cars stacked end-to-end for the drive-through service, which officials said is more than the city usually requires.

The city council still needs to give final approval to the project.