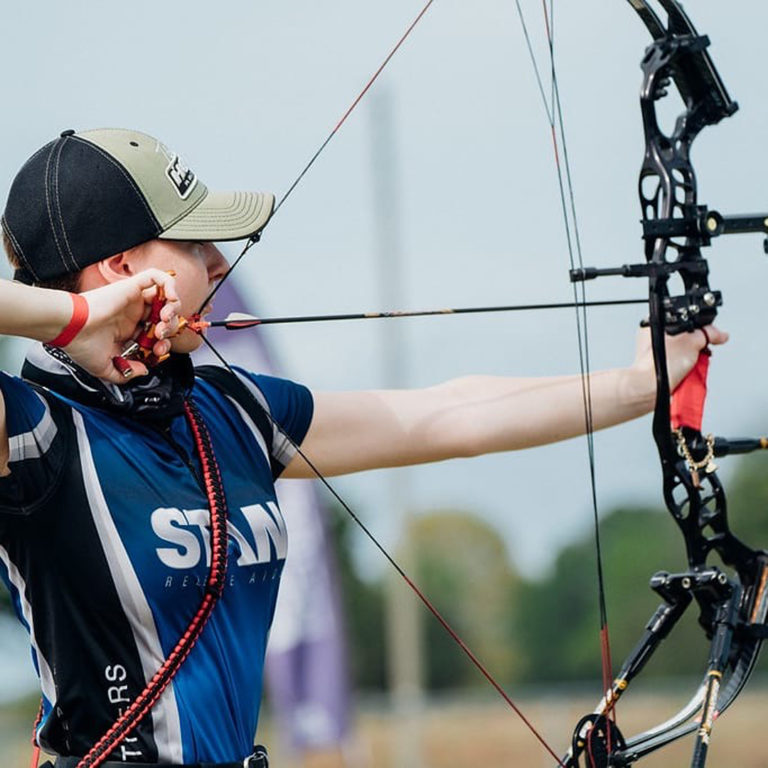 There it was; confirmation.

While her inclusion on the 5-member team came as somewhat of a surprise, it shouldn’t have.

“I won the SoCal Showdown a couple months ago,” said Withers, “and then placed fairly high (12th) at the Indoor Nationals in Cincinnati.”

“They (USAT) use combined scores from all your tournaments to pick their National teams,” she added.

“I started shooting in elementary school,” she said, “but never thought I’d get to this level.”

The next level is participating in an international shoot.

“I get invites as a member of the USAT National Team,” said Withers.

In March, she’ll travel to Colombia, South America, to compete in her first-ever world-ranking tournament.

The opportunity comes with a price.

“As a self-funded member of the team, I have to raise funds to pay for travel, equipment and accommodations,” she said. “I’m working at Scheels in the Archery Department and my mom set up a fundraiser.”

In addition to international-shoot invitations, benefits to being named to the national team include coaching.

“Once you’re placed in bracket,” said Withers, “you shoot five ends of three arrows each.”

Withers shoots a Hoyt compound set at 43 pounds. The limit is 60 pounds.

“There’s a fine line between wanting more power and not straining yourself,” she said.

This sameness starts the minute she gets to the field.

“You have to stay positive and be cool under pressure,” she added.

When asked about adding a Team USA uniform to the mix, Withers said she’s been there and done that.

“I wore a USA shirt when I was on the JO (Junior Olympics) Dream Team,” she said. “It was definitely nerve wracking.”

Her mental game is stronger now.

“It comes with practice,” she said.

Withers has been nursing a shoulder issue, which has limited her practice time.

“Right now, I’m shooting a couple times per week,” she said. “Before the tournament, I’ll spend a week in Texas shooting with my coach, Jesse Johnson.”

Having never ventured outside of the United States before, the chance to travel to South America for an archery tournament is beyond exciting.

It goes without saying that traveling to another country to shoot in a tournament wasn’t on her radar when she started shooting back in elementary school.

“I’m nervous, but excited,” she said.

Competing as a self-funded member of the US Archery Compound Junior Women’s National Team, Rachel Withers is raising funds to travel to Columbia, South America, to compete in her first world rankings event. To donate, go to makeachamp.com/rachelwithersarchery. Donations will defray costs for entry fees, equipment, travel and accommodations.