Retired College professor Greg Sandford leads two sessions of classes on the background of the Cold War – how it began, who it involved, major players and strategies. The first session covers the end of the Second World War through the Berlin Crisis. The second session spans the Vienna Summit and Cuban Missile Crisis through the end of the Cold War. The first session is not a prerequisite for the second session. Registration deadline August 6.

Learn about the Cold War from the end of the Second World War through the Berlin Crisis. Led by retired college professor Greg Sandford, who lived in Berlin during the events. 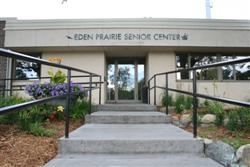