My name is Kate Rohlfsen and I grew up on this land that my family has owned 44 years.

John and Carol Standal purchased this hobby farm in 1977 and raised two children on it. John and Carol grew evergreen trees, gardened, raised chickens, and briefly kept horses. The trees were used all over the southwest metro as landscaping trees and enjoyed by many who came during the holidays to cut down their own Christmas tree. The Standal family were good Eden Prairie neighbors, took good care of the land, and paid real estate taxes on this land for 44 years.

Over the last decade, the city reconfigured the roads and brought in sewer and water. Residential neighborhoods cropped up all around the farm. The biggest development in Eden Prairie, Hennepin Village, which is over 500 homes, surrounds this land on two sides and across Spring Road. Our land, our privately owned land, was always destined to be developed. The Standal family has been assessed hundreds of thousands of dollars for road configuration and utility hookups for sewer and water. It is at this time that our family’s situation has changed and it is now time to sell this land.

This land is under contract with Pulte Homes. The Pulte neighborhood will be named Noble Hill and is a low-density project with just fifty homes. It is a beautiful development similar to Reeder Ridge across the street. Pulte Homes will be donating approximately thirty one percent of the land to the city to be used as a natural area around Riley Creek and the Fredrick Miller Spring. The Standal Family is in favor of Pulte Home’s plan for this land not only because of its minimal impact to the environment but its enhancement of the natural resources in Eden Prairie.

As you may be aware, there are people protesting the development of this land. Several homeowners who live on the bordering property in the above-mentioned Hennepin Village do not want this tree farm to be developed. I will not speculate on their motives, but I think it is fair to say, one of their motives might be that Noble Hill will obstruct their current view of a beautiful landscape.  It is our belief that these “neighbors” have recruited people from other areas to help spread misinformation regarding this area and this proposed development.

To the west of this land is a spring of water called Fredrick Miller Spring where many people like to get drinking water. The spring is owned by the City of Eden Prairie. The spring is actually a seep that is fed from another area entirely. The spring will not be damaged by this development. For weeks, these protesters have plastered signs at the Fredrick Miller Spring and around town stating that the “The Spring is in Danger” and “Save the Spring”. They have bombarded social media with this misinformation and fear. These protesters reject the findings of geologists and other scientists from the study required to even propose the development. They are demanding an additional study which would be expensive, unnecessary, and which is not required when the number of homes being built is under 500. This development is fifty homes.

On May 4, 2021, the Eden Prairie City Council met to vote on the environmental assessment the protesters were demanding and to vote on the rezoning of the one tax parcel out of the three that was farm to residential. My family was at the meeting. Mayor Ron Case and the Council Members listened to every single person speak. They gave everyone two minutes and treated everyone fairly and treated everyone with respect.  Frustratingly, these people showed up because they were told that the spring was in danger. They were misled and manipulated. Even so, the mayor and the council members let everyone have a turn. It was 12:30 in the morning when they were done speaking. The council voted unanimously not to do the expensive assessment and to rezone the one parcel of land.

There is development all around this piece of property. These property owners should not be treated any differently. If you own property, you have the right to sell that property. This project is good for the landowners, the developer, and the city. This is privately owned property yet the Hennepin Village owners and the “protesters” think that they have some right or say in it.

Kate Rohlfsen (of the Standal/Rohlfsen families) 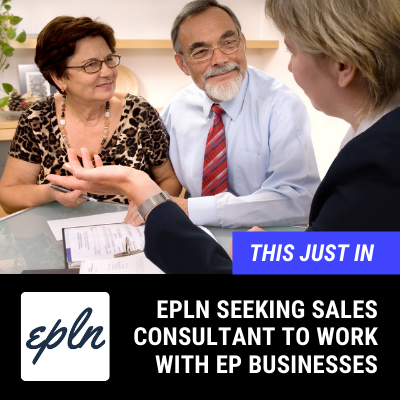