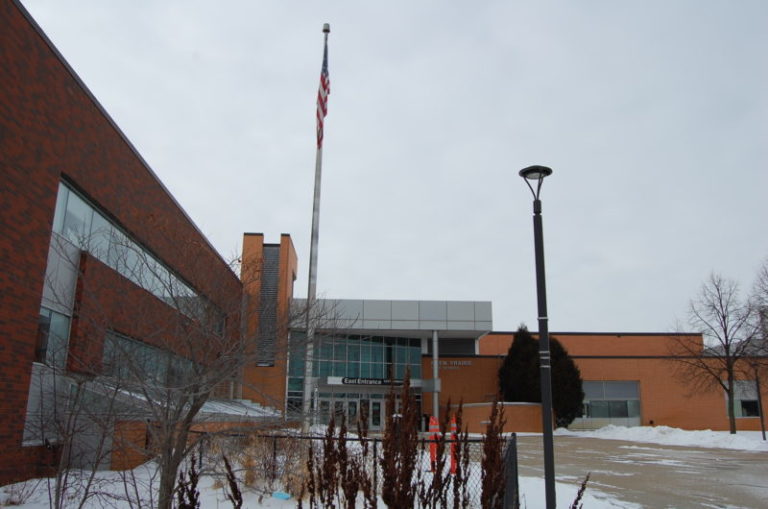 Eden Prairie High School officials are preparing for some students to walk out of class at 1 p.m. Monday, April 19 to participate in a state-wide, student-organized event in solidarity against racial injustice.

The planned 47-minute walk-out comes as the trial of Derek Chauvin is expected to go to a jury this week and following the recent police-involved death of Daunte Wright in Brooklyn Center.

“While we wholeheartedly respect every individual’s right to peaceful assembly and free expression,” Superintendent Josh Swanson wrote in a message posted Thursday on the district’s website, “our top priority is to provide a safe teaching and learning environment for all. Having large numbers of students walk off campus has some safety risks and impacts students’ learning.”

Swanson said that principals are working with student leaders who are organizing the planned walk-out in an attempt to ensure student safety. Principals will communicate with parents to keep them informed, he said.

Swanson encouraged parents to discuss the event with their students.

In a Thursday internal Eden Prairie High School staff email obtained by EPLN, Principal Robb Virgin acknowledged “the suffering, trauma, and anger many of our students are feeling…” He emphasized that the school’s main responsibility is to provide a safe environment for students.

Virgin said that participating students would enter and exit the school’s east doors and congregate in the bus loop. School grounds will be secured from 12:45 p.m. until about 2 p.m. and the public and news media would not be allowed in the area, he said.

Virgin’s email also said that, to the extent possible, the school would attempt to make sure that students who leave are supervised by administrative staff, security or support staff. Teaching staff will not be required to supervise the event, but may choose to, he said.

Students who walk out will be marked absent from class, Virgin said. It is unclear if such an absence would be considered excused or unexcused. An unexcused absence would prohibit student athletes from participating in practices and events on Monday.

Students who spoke with EPLN said that they understood that the absences would be excused if they returned to school when the event ends.

Impact on student who participate in walkout

Brett Johnson, EP Schools Senior Director of Community Relations & Communications relayed a statement regarding the impact of the walkout on participating students: “We respect students’ rights to express themselves and to support issues they care about. A walkout is, by its design, not a school-sponsored event. Schools have an obligation to take accurate attendance. A student would be marked absent from a class if they are not in class when attendance is taken. If a parent/guardian doesn’t excuse the absence, it would become unexcused.”

Russ Reetz, Associate Principal of Athletics and Activities at EP Schools said “We are not using attendance for 4th period to determine if kids can practice/play.  They’ll be held harmless.”

Requests for comment from multiple district sources were not immediately returned.

Editor’s Note: This story was updated on April 19 with Russ Reetz’s and Brett Johnson’s comments regarding the impact of the walk out on participating students.