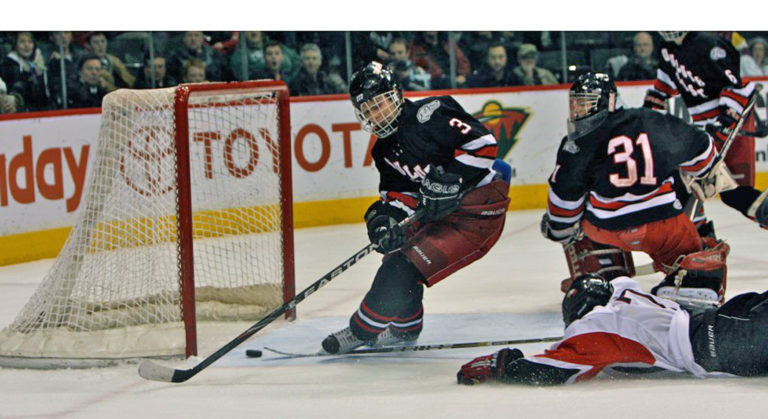 While sliding across the Xcel Energy Center ice in March of 2011, Kyle Rau pushed home the biggest goal in Eden Prairie hockey history. Said goal lifted the Eagles to a 3-2 triple-overtime state-championship-game win over Duluth East.

‘I still hear about it, and it (game-winning goal in triple overtime) happened 10 years ago’

Ten years ago to the day (March 12, 2011), Kyle Rau had the senior moment of all senior moments, the walk-off of all walk-offs.

He scored the goal while sliding across the Xcel Energy Center ice on his belly. The first assist went to his twin brother Curt.

“Because of the circumstances, it’s said to be one of top goals in state tournament history,” said Eden Prairie Coach Lee Smith. “They’ve called that game one of the best championship games of all time.

It goes without saying that said goal was the biggest goal in Eden Prairie High School hockey history.

Rau’s stick pushed home a rebound that went off a goal post and then off a defenseman’s skate before ricocheting into the net.

“I remember the big hit he took in the neutral zone in the second period,” said Smith. “They replayed it on the scoreboard during a TV timeout. They showed it over and over and every time, the crowd moaned.

“I think that hit fueled Kyle even more,” he added.

Question: Was Rau’s winning goal part of a winning-goal plan?

Answer: Yes and no.

“When you’re on that stage and in overtime, you know everyone’s nerves are high,” said Smith. “Instead of just dumping it in, Curt had an opportunity to puck the puck on net. When the goalie mishandled it, I was hoping the puck would get in on its own.

“I didn’t see any of our other players in position to get the rebound,” he added.

The question remains, was the play planned?

“No,” said Smith, “we didn’t plan to score the winning goal that way, but putting the puck on net in that situation is something we like to do.”

In baseball, if you put the ball in play, good things might happen. The hockey equivalent is putting the puck on net.

Rau, who has been on the Minnesota Wild’s taxi squad for much of the season, was called up to the big club for a couple games in February. He’s played in four Wild games in March.

“Some of them are,” said Rau, “but they’re always out of town when they play the state tournament. If they went, I think they might think differently about our high school hockey.” 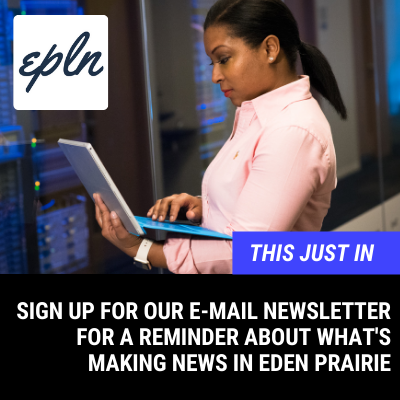