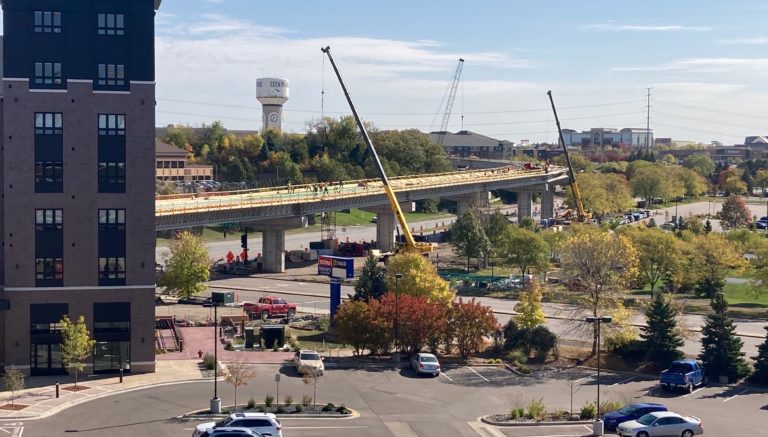 At an Eden Prairie City Council meeting on February 2, 2021, Jim Alexander, the Acting Project Director for the Southwest LRT (SWLRT) project confirmed the timeline delay: “It is not going to happen in 2023.”

Two stabilization projects discovered in the Minneapolis portion of the 14.5-mile extension to Eden Prairie are creating the delay, according to Alexander. The first is a corridor protection wall needed to minimize vibrations from the passing light rail trains. The one-mile long corridor protection wall also has a small right of way for construction limiting the work.

The second is the addition of a secant wall for tunnel stabilization in a tunnel area where subsoil conditions included more settling than anticipated.

Each project is itself a “major project” said Alexander.

The added projects result in change orders to the contractor and, in turn, cost and schedule negotiations, said Alexander. Those negotiations are underway, said Alexander. As a result, changes to the schedule and costs are not clear at this time, according to Alexander. The SWLRT project has a 12% contingency fund set aside, but it is unclear what the impact on that fund will be, he said.

The Eden Prairie portion of the project is moving ahead well, said Alexander. “We’re at about 35% complete” said Alexander. A significant amount of structural work took place in 2020 and system work will follow in 2021 and beyond.

Going forward into 2021, Mackovciak said outreach efforts to Eden Prairie residents will include safety messaging, activity maps, site tours, and continued feedback from an Eden Prairie Construction Information Group (CIG). The CIG includes 7-8 private Eden Prairie citizens who meet monthly with the SWLRT project coordinators for feedback and updates.  The goal of the outreach effort is to “get the word out” in a proactive manner, noted Mackovciak.

The activity maps in 2021 will include information on road closures and disruptions in Eden Prairie as well as information about construction activities, including piling work.