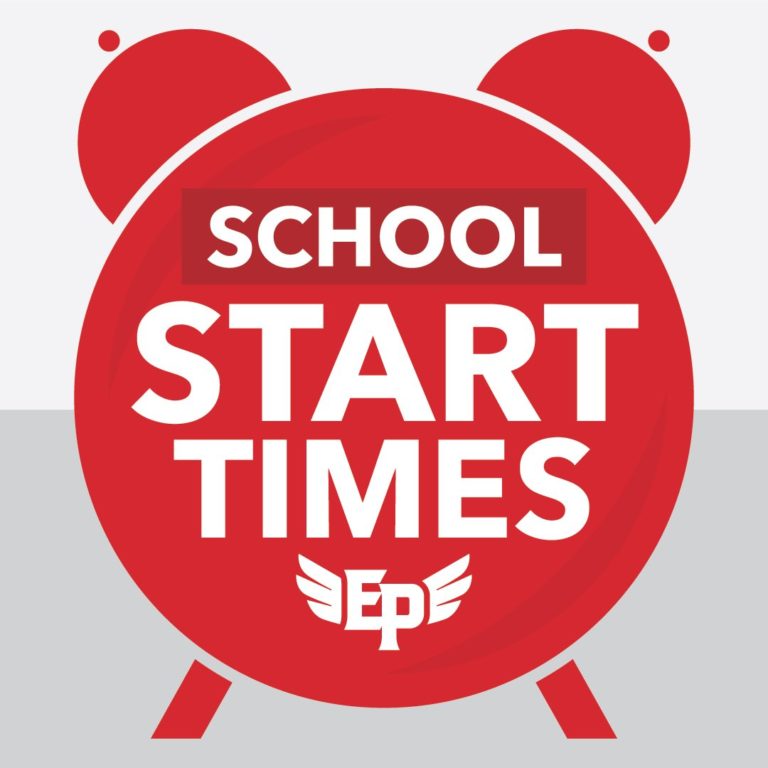 Are you having a hard time waking the kids in your house for school? Depending on how parents look at it, significantly more sleep – or hassle – is on its way for Eden Prairie school parents in the 2021-22 school year.

Eden Prairie High School (EPHS) and Central Middle School (CMS) students will be able to get more sleep starting this fall based on later start times made final at the Jan. 25 school board meeting.

Start and end times recommended by a 19-member task force were allowed to stand following a review by district administrators, which included consideration of a mix of concerns and praise submitted by teachers and community members.

Superintendent Josh Swanson made the final decision in consultation with the task force, the school board, and recommendations from other district staff, while considering public input and expert opinion.

More than 400 comments were received from the community since proposed start times were announced in December 2020, according to Swanson. Themes of those comments ranged from concerns about early bus pick-ups to the gap between EPHS and CMS start times.

Two veteran CMS teachers spoke in person to the board Jan. 25 to express their concerns with conflicts between academics and extracurricular activities that will result from a 4:07 end of the school day in the 2021-22 school year.

Dave Jones, a 28-year CMS math teacher, raised concerns about negative impacts on academic performance, referring to a previous attempt at later start and end times that he said resulted in missed academic work, in part due to early dismissals for athletics and other activities.

Acknowledging the difficulty of undoing a process that has been ongoing for several months, Jones nevertheless urged the district to reconsider its decision.

“Many voices feel they have not been heard during the process,” Jones said, referencing a letter sent to the board by a group of CMS staff members.

“From my perspective, the partnership between families, district leadership and staff is out of balance. Staff voices are not being weighed or considered proportionately,” he continued. “Please reconsider the decision to change CMS start times so drastically.”

Change based on several factors

Swanson said alignment with the task force’s recommendations, operational and transportation logistics, and financial responsibility were the primary issues considered in making the final decision.

A team of district experts considered more than 100 configurations, which eventually led to the original task force recommendation, Swanson said.

The change adds 10 minutes to the elementary school day and 15 minutes to the middle school day, Swanson said. It also supports more choice for CMS students, which is part of the Designing Pathways initiative, he said. The new schedule roughly aligns with other Lake Conference schools.

Here are final start and end times for all Eden Prairie Schools for the 2021-22 school year:

Many CMS students participate in after school activities and on high school athletic teams. With the high school day ending 47 minutes before CMS’ day ends, concerns have been raised about the effect on opportunities for those students.

Swanson said that staff would begin work on solving those logistical issues.

“We’ve got a brand new activities director (Russ Reetz) that starts Feb. 1,” Swanson said. “I know Nate (Swenson, CMS principal) is 100% committed. Our staff will work together to look at those activities and athletics to … make sure that we still have those amazing experiences for students in really positive ways … It’s a very doable thing.”

Acknowledging that the schedule change will result in some difficult adjustments on the part of students, families and staff, Swanson said he was convinced this is the right decision.

The Start and End Time Task Force consisting of parents, staff, community members and administrators began meeting in 2020 to review research on the topic. The task force completed a report in fall 2020 recommending that Swanson explore options for adjusting start times based on current research.

Research reviewed by the task force included a three-year study conducted by the Center for Applied Research and Educational Improvement (CAREI) at the University of Minnesota. That study concluded that high schools starting at 8:30 a.m. or later allow for more than 60 percent of students to get at least eight hours of sleep on school nights.

Teens getting less than eight hours of sleep experienced significantly higher levels of depression, greater use of caffeine, and are at greater risk of substance use, the report said.

Results of a survey of Eden Prairie parents in December 2019 indicated that 70 percent of respondents agreed or strongly agreed with a later start time for the high school. Four of the seven other Lake Conference high schools currently begin school 30 minutes to an hour later than Eden Prairie.