Holloway to stay home, verbally accepts U of M scholarship 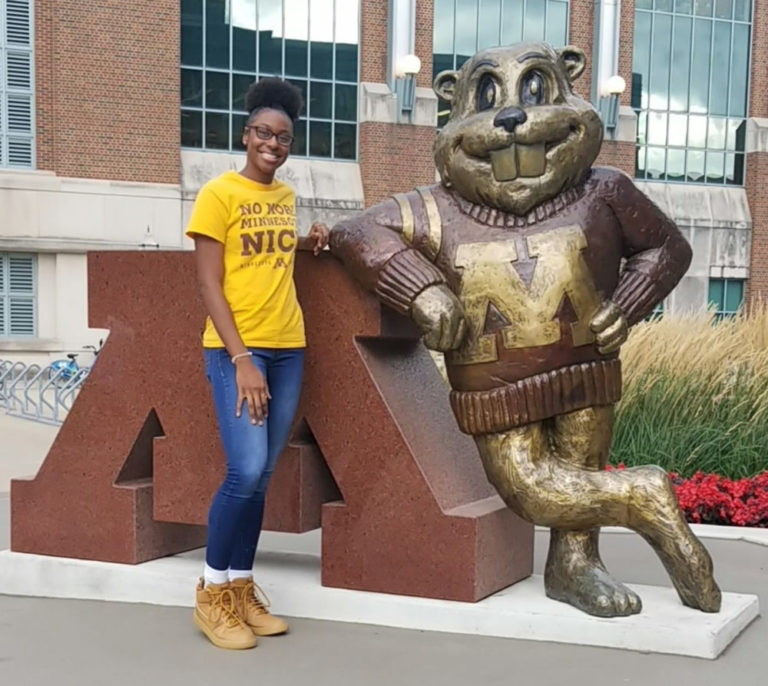 “I don’t think I was nervous,” said sophomore Nia Holloway. “OK, maybe a little bit. I had never played in the state tournament before.”

Whalen was there to watch Holloway and Holloway knew that.

“She had been to a lot of our home games,” said Holloway.

The Eden Prairie forward had been offered a University of Minnesota scholarship a year ago.

Two weeks ago, she tweeted a verbal acceptance.

“It’s special,” said Holloway, of her decision to stay home. “I think the energy level is different when you’re playing in your home town.

“Staying at home is important,” she added. “I have a close family and they’ll be able to watch all my games.”

“I have a really good relationship with coach Way (Whalen) and her staff,” she added. “I like their vision and I want to be part of it.”

Holloway is a 6-0 bundle of energy.

Most importantly, she can rebound.

“They (Gophers) lost a lot of their big rebounders,” added Holloway.

Note: Holloway accepted Minnesota’s offer three days after Chaska’s Mallory Heyer announced that she was staying home to play for the Gophers. Both players had multiple offers.

“Since we both play in Section 2-4A, we see each other a lot,” said Holloway. “We also play against each other during the AAU season.

“I think we can be on the floor together,” she added. “We both can play the three (small forward) or four (power forward). We’re kind of interchangeable.”

Three Eden Prairie High School graduates were Golden Gophers over the last 20 years; Holloway will be the fourth.

Jackie Johnson, EPHS class of 2012, was a Minnesota Gopher for two years before transferring to Loyola Marymount University.

“As a little girl, I can remember going to watch the Gophers on Shayne Mullaney Night,” said Holloway. “That was really cool.

“I hope the little Eden Prairie girls get to go on Nia Holloway Night,” she added.

Holloway will officially pen her commitment to the University of Minnesota during November of her senior year.

The Eagles and the Chaska Hawks, Holloway and Heyer, will open as preseason section favorites.